As part of our mission to raise awareness and dispel misinformation we’ve been hearing from supporters, staff and volunteers about their experiences of mental health issues. Today’s blog is by Jessica, one of our former fundraising volunteers, on the subject of psychosis. 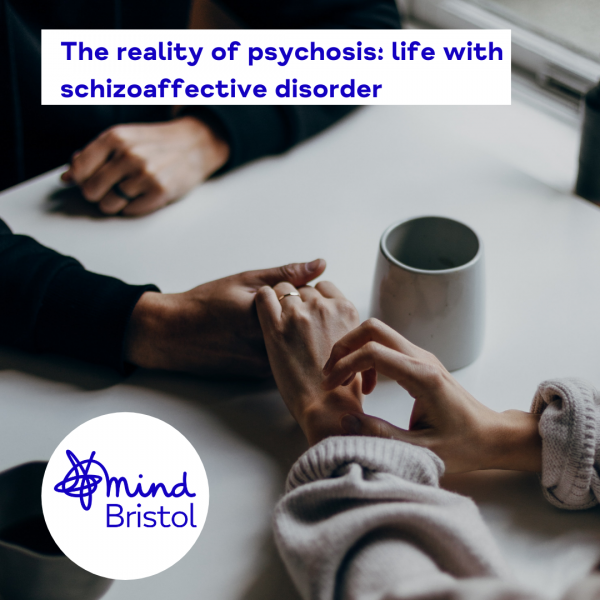 “Psychosis, sometimes known as a psychotic break or psychotic episode, is where you lose contact with reality. Psychosis is different for different people and for some it might involve hallucinations, such as hearing voices, while for others it might include delusions, for example, believing things which are not based in reality. Some people also experience disorganised thinking or speech.

There are a lot of misconceptions surrounding psychosis. Some people incorrectly think it means you have a split personality, others wrongly believe it’s synonymous with violence. Due to film and media coverage, many people problematically confuse psychosis with the term ‘psychopath’ when in reality, the two conditions are very different.”

What does it feel like to go through psychosis?

“I was 29 when I first experienced psychosis. The symptoms crept into my life slowly at a time when I was under a great deal of stress. I was working full-time in marketing when I began having unusual perceptions such as the strange sense that things weren’t real and the odd sensation that people were following me. This early stage of psychosis is called the ‘prodromal’ stage.

I was still doing well at work although I would sometimes behave strangely, such as asking my friends to check that the text messages on my phone were real, and taking a different route to work because I believed people were following me. These symptoms escalated and I went into A&E. I was diagnosed with major depressive disorder and generalised anxiety disorder and I called in sick to work. I was still in my three month probationary period and I lost my job.

The next year passed in a blur – I went freelance but I was having trouble concentrating and hours would pass without me doing anything at all. I was having trouble controlling the emotions on my face and found myself crying all the time although I wasn’t sure why. Things were very confusing and I didn’t really understand what was going on.

I could no longer tell what was real and I was seeing ‘signs’ in everything. These are called delusions of reference and are where you believe that things, such as TV shows and graffiti, contain messages specifically intended for you. I thought that media such as Netflix and Spotify contained codes that only I could hear and interpret. Most benign objects had a sense of foreboding in my eyes and even a plate of food would trigger the delusion that I was going to be poisoned. I also had the strange sense that things weren’t real and that I was on the television. It was a hugely difficult time and my memory of it is hazy.

Eventually things escalated and I was hospitalised on a Section 2 for 28 days. This time I was diagnosed with psychosis. In my experience psychosis is incredibly unpleasant – like being trapped in a nightmare. I felt like the hospital was one big escape-the-room and if I could just figure out the clues I could get out. I escaped several times after I was sectioned under the Mental Health Act and each time was brought back by the police. Once I ran to a stranger’s house and knocked on the door and told them I’d been kidnapped (which is what I believed was going on). The police came and took me back to the hospital.

The main treatment for psychosis is to be placed on antipsychotics. It can take a while to find the right antipsychotic which works for you and I’ve been on several. Although they are an effective treatment for psychosis they sometimes come hand-in-hand with debilitating side effects, including weight gain and the relentless desire to move (akathisia). I jumped from a size 8 to an 18 when I started taking antipsychotics and spend most of the day pacing back and forwards – I do between 25,000 and 35,000 steps a day without leaving the house! That’s nearly a half marathon every single day. Other side effects can include movements of the jaw, lips and tongue (tardive dyskinesia) and in the long term, people are more susceptible to conditions such as diabetes. I also find that I sleep much more than I used to, around 12 hours a day.

Around 20% of people who have a psychotic episode recover completely so I was heartbroken to discover that I wasn’t in this 20%, and that I would have to live with psychosis for life. Although antipsychotics can help you manage delusions and hallucinations, if I am stressed or tired I still struggle to keep my grip on reality.” 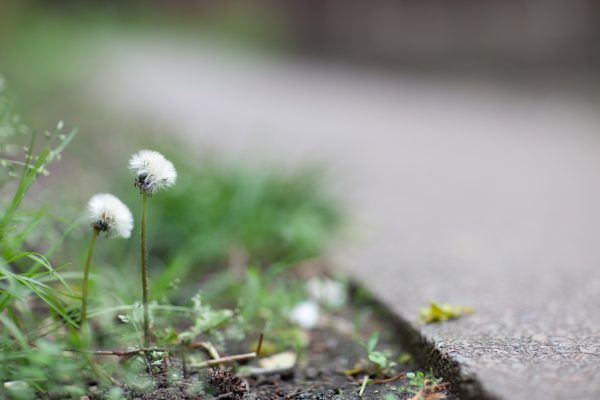 “When you have a psychotic illness it’s important to strive to find meaning in the everyday. I find meaning in activities such as volunteering and for around six months I volunteered in the fundraising department at Bristol Mind. I am grateful for the sense of purpose this experience gave me and to the team at Bristol Mind for being so welcoming.

I also find meaning in the creative activities I do each day such as playing video games, writing and art. Only 5-15% of people with psychosis are in full-time employment because of both the so-called positive symptoms, which add something, such as delusions and hallucinations, and the negative symptoms, which take something away, such as problems with memory and concentration. So my main worry is that I won’t ever be well enough to go back to work. Despite this, I still have hope for the future and I am optimistic that with medication and therapy I can manage psychosis and still have a good quality of life. If there’s anything I’ve learned from all this, it’s that hope and optimism are vital when it comes to recovery from a psychotic illness.”

If you need help or advice concerning this article please contact our information service by emailing info@bristolmind.org.uk or calling us 0117 980 0370. Our line is open 09:30 to 3:30, Monday to Friday (excluding bank holidays) and for further information on support.